Each week in the lead up to the Rio 2016 Olympic Games, we’ll be revealing another athlete on our list of the top 15 Olympic archers of all time. This week, it’s…

“What sacrifices have I made for archery? Nothing. There were things I gained through archery training and participating in competitions, which enriched my life, but I’ve sacrificed nothing.”  – Hiroshi Yamamoto

Hiroshi Yamamoto is Japan’s most decorated archery Olympian. His extraordinary career spans five Olympic Games – and it’s not over yet.

A hugely talented junior, Yamamoto won seven national titles in high school and college – still a national record. He made his international debut in 1981, with his first Olympics coming in Los Angeles in 1984, where he picked up an individual bronze medal.

The 21-year-old Yamamoto ended up just a single point behind the USA’s Rick McKinney, who only secured the silver with his very last arrow. (Back then, there were no head-to-head matches, with medals decided on successive modern qualification-style rounds.)

He was back in action in 1988 in Seoul, where a respectable run saw him finish in eighth place individually and with the Japanese team in sixth. He represented Japan again in 1992 in Barcelona and 1996 in Atlanta but came home empty-handed, finishing 17th and 19th respectively.

In 2000, he failed to make the squad for the Sydney Olympics, and Yamamoto thought his international career was over.

By this time, he had become a high-school teacher, and his archery students apparently reignited his competitive spirit. In 2004, Yamamoto made the Olympic team once more. On 19 August in Athens, using a bowstring made by one of his students, he won his first three individual elimination matches (including a surprise win over Italy’s Michele Frangilli) to advance to the quarterfinals.

There, he faced hot favourite Im Dong Hyun of Korea, who had topped the ranking round – but Yamamoto beat Im by a single point, 111-110, in the 12-arrow match, and moved to the semifinals to face Tim Cuddihy of Australia. In an even tighter match, which was tied at 115-115 in regulation, he defeated the eventual bronze medallist in a shoot-off, 10-9.

He was in the final, and faced Marco Galiazzo of Italy.

“I remember lining up with Mr Galiazzo in a narrow tunnel with chilled air at the Panathenaic Stadium,” recalled Hiroshi. “When the marshal gave me a pat on the back, I went through the bright entrance and heard a huge roar as my name was announced. I just said to myself: ‘Let’s have a great shoot’.”

After three arrows, Yamamoto was one point ahead.

“I didn’t feel any anxiety or expectations for winning or losing, or for the gold.”

“I couldn’t even hear any of the spectators’ cheers. But I was just concentrating to shoot the best I could - and I didn’t think about being a winner.”

Eventually, Galiazzo came from behind to win 110-109, but Yamamoto had another Olympic medal – a full 20 years after his first. His life turned upside down.

The news that a 41-year-old teacher had taken an Olympic silver medal caused a sensation in Japan, and Yamamoto instantly became a talk-show star and media celebrity.

The story was irresistible: “The achievement gave people a lot of courage. As a result, the mass media named me ‘middle-aged star’, and it gave me the opportunity to have many interviews and appear on many TV programmes.”

He remains to this day a well-known public figure in Japan, and his high profile has contributed to the rise of Olympic archery there, developed through an organised school and university system.

“What I can do is try to promote archery through TV and the media. But the most effective promotion (of archery) is still that the magnificent matches of the Olympic Games are broadcast to the whole world,” he said.

He became a university professor, and in 2010, at the age of 47, started studying physiology and eventually became a medical doctor at the age of 52. He is also an advisor for the Tokyo 2020 Olympics organising committee.

But he’s not done with archery - not at all.

He tried to qualify for the Japanese team for London 2012 but was plagued with injuries.

“I still shoot 4 to 6 days a week, when I have time, shooting 100 to 300 arrows a day. As a competitor, I will work hard to be qualified as a player to compete in the World Archery Championships in 2017 - and I look forward to competing in Tokyo 2020 when I become 57 years old,” Yamamto said.

He has a final piece of advice to give, too: “Sport leaves a great impression on the athletes, the supporters and spectators. The impression you make is proportional to the magnitude of the effort. In order to make the biggest impression, to achieve the biggest goals, you are going to have to work very hard!” 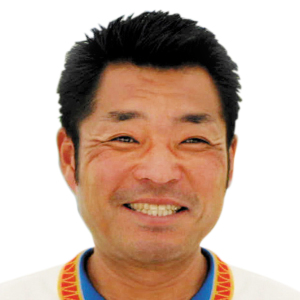