Renowned Swede Erik Jonsson hasn’t been beaten at the event in a decade and has remained one of the discipline’s most feared competitors since collecting his first world title back in 1998. He took his second six years later and, with gold in Cortina became the first athlete to win the World Archery Field Championships five times.

Earlier this year, he equalled Morgan Lundin’s triple crown at the World Games when he collected his third career victory at the multisport event.

And this week – in Yankton – he’s got another chance to expand his domination, with a chance to set one more major record.

Jonsson is tied with compatriot Anders Rosenberg on a record of three consecutive wins at the championships. Rosenberg took gold in the barebow men’s event in 1978, 1980 and 1982, and then again in 1992. No athlete has topped the podium at four in a row.

“I do not know. I won the past three World Archery Field Championships. Of course, I want to win one more,” Erik said. “I have shot good the last three, four weeks so I feel in better shape now than I was [at the World Games] in Birmingham. But I think it is going to be a tough competition.”

There are three phases to this week’s competition.

Two days of qualifying – the first day unmarked distances, the second marked – sees the top two seeds move directly into the semifinals. The next 20 seeds enter shoot-up elimination pools to decide the remaining two places in the final four. It’s a risky business, especially for a favourite.

After the 24 unmarked targets in Yankton, Jonsson sits fourth on 342 points, 14 behind leader David Jackson and eight off second-placed Eric Esposito.

“It is my first time here. I do not know the course but I heard it was going to be pretty difficult with a lot of climbing,” said Erik. “I prefer when it is more about ups and downs.”

The experienced Swede is not alone in his assessment of the ranges, which are set by the Lewis and Clark Lake in Yankton. Brady Ellison called it the “toughest field course” he had ever shot. Rain made the ground difficult to walk, and nobody had an easy first day.

Jonsson has work to do on day two, the marked day, of qualifying.

“I make a plan at the beginning of the season. We have qualification tournaments in May. Then we head down from our top form, then had to prepare the top for again for the World Games and now once more,” Erik said. “It is pretty difficult to be on the top level three times but I could manage that pretty well this year.”

Historically, Jonsson has never dominated the early rounds of a championships, seeding second in 2018 and third in 2016. It’s during matchplay that the 46-year-old has done his best work.

At the end of the busy season, packed due to delays from pandemic-affected years, Erik is hoping his best work in Yankton still remains ahead.

“This is our highlight, I can say,” said Erik, asked about having to wait four years to defend his world field title.

“We had the European Championships last year in Croatia but if you only shoot field, you do not have many competitions to go to on the international level. Of course, we were looking forward to it,” he continued. “It’s good to have it back.”

Competition in Yankton continues on Wednesday with marked qualifying. 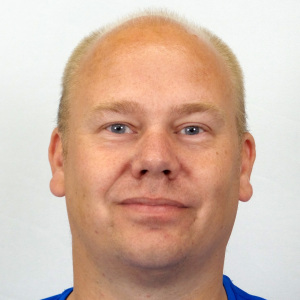