Many of the archers that competed at the Hyundai Archery World Cup stage in Shanghai were concentrated on the next big tournaments in Medellin, Nottingham and Antalya – which are the last opportunities to qualify for the Rio Games in August.

There are a further handful of Rio spots awarded by the Tripartite Commission, a body made up of three international sports organisations.

This awards places in 16 sports to nations, often developing or very geographically small countries, who have only sent a small athlete delegation to the last couple of summer Games. The reason for awarding these places is to enhance the Olympics’ universality and make sure smaller nations get a chance to compete on the world stage.

Any archers applying for the places must meet the minimum qualifying standard, which is a 72-arrow, 70-metre round score of 630 for men and 600 for women – and there were several athletes in Shanghai trying to do just that.

Areneo David is an archer from Malawi, a landlocked country in eastern Africa which sent just three athletes to London 2012. In Shanghai, he shot a 591 qualifying round, a good few points off the Olympic standard but more than 100 points better than his score at the Archery World Cup stage one year prior in Antalya, his first ever international event.

“It was a little different,” he joked. If he makes it to Rio, he would be the first archer from Malawi ever to participate in the Games.

None of this would have come about without the pathway generated from scratch by his coach ‘Sally’ Park Young Sook, who has made it her mission – literally – to bring a Malawian archer to Rio.

A member of the Korean team that shot at the Los Angeles Olympics in 1984, and a veteran of three world championships, she has been involved in archery as a coach and international judge ever since.

She came to Malawi at the suggestion of a pastor.

“I’ve been in Malawi since 2013, to give hope to some of the children there. I really wanted to help. It’s a very poor country - there is nothing here for archery, nothing,” she said.

Sally has had to overcome extreme difficulties with infrastructure and education to put a programme in place - and, with little archery training resource or example available, having to explain certain elements of the sport’s technique over 100 times.

With sponsorship from a Korean bank, she is determined to take Areneo as far as he can go.

“We can go to the Olympic Games or not, but we just want to do our best,” Sally said.

Areneo, for his part, is keen to take things further if his Rio dream doesn’t happen: “I see all these archers and coaches here, and I think I’d really like to be a coach, too!”

Another athlete applying for a tripartite place is Marvin Grischke from Liechtenstein, a tiny principality in Europe sandwiched between Austria and Switzerland.

“Ideally, I will qualify in Antalya, but I know the chance is very small. So I hope I can get the minimum qualifying score and maybe go to represent Liechtenstein,” explained Marvin. “Right now, I’m not that close, but I think I’m on the right path, and I’m confident I can get there in time for Antalya. If I can’t, there’s another Olympics in four years time.”

“Anyone who’s in an Olympic sport, it’s always the biggest dream you have. The biggest part of the Olympics is to just be part of it, to compete." 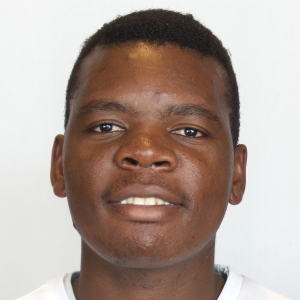