The planned Commonwealth Archery and Shooting Championships, due to take place in the Indian city of Chandigarh in early 2022, has been cancelled due to “continued uncertainty created by the ongoing global pandemic”.

“We are disappointed…  however this is the right decision to take in the current climate,” said the federation’s president Dame Louise Martin DBE.

Archery has featured on the programme of two Commonwealth Games to date: Brisbane 1982 and Delhi 2010. 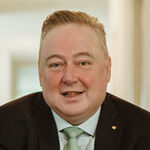