“When you are there shooting, there’s something that happens in your mind,” says Valentina Acosta, the 21-year-old Colombian who is headed to her first Olympic Games later this month.

“What if, instead of shooting a 10, you miss? Or you shoot a six? What if, what if, what if? That little voice is the one that makes you have a lack of confidence.”

The word ‘confidence’ pops up in almost every archery interview.

Valentina’s explanation, beautiful in its simplicity, gives colour to what that word really means to athletes on the shooting line.

“That voice doesn’t exist all the rest of the day. That voice is not saying, if you walk there, you are going to fall,” she explains.

In this sport, it’s the voice of self-doubt that every archer battles.

“You think you are going to fail, and it’s crazy that it just happens when you’re shooting,” the reigning under-21 world champion concludes.

The incredible levels of accuracy that the world’s best archers achieve, repeatedly, under the immense pressure of international competition often beggars belief. The mathematics involved is staggering.

A millimetre of difference on the shooting line, a slight change in how the bow is held or how clean the release is – it can all result in disaster at the target.

But when it’s going right, it goes really right.

Arrows that land, one after the other, in the 10-ring over the standard competition distance of 70 metres… such groups require consistency of the highest degree, perhaps even being shot at the exact same moment in the cycle of an archer’s heartbeat.

Even a variation that small could alter the impact of the arrow downrange.

Reaching such unbelievable peaks of precision is only possible if the voice of self-doubt that Valentina explains is under complete control. It’s only possible if an archer truly believes in their own ability.

‘Confidence’ is the word. Perhaps ‘faith’ is more the meaning.

“For sure, I believe I can win there,” Valentina says when asked if she is capable of taking gold in Tokyo. “There is always a possibility. You can always do something good, do something crazy.”

The archery competitions at the Tokyo 2020 Olympic Games start with qualifying on 23 July 2021. 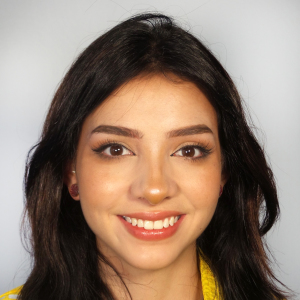