From An San’s three gold medals to Mete Gazoz’s epic victory in the men’s individual final, the Olympic Champions have received plenty of attention in Tokyo – and deservedly so.

Cresting, even climbing, the podium is no small feat.

A medal, in any sport and in any discipline, should be celebrated long after the Olympic flame is passed on.

There were, however, less-heralded performances that are also deserving of recognition – archers who delivered laudable results, even if they didn’t quite reach the medal stand.

Here are five archers who have plenty to be proud of after the Tokyo 2020 Olympic Games.

Who are they? Five-time Olympian from Japan.

Why are they on this list? Underrated? But the Japanese veteran came away with two bronze medals, didn’t he?

Yes, he did. But Furukawa’s performance still deserves some special attention. “The Tokyo Olympics is special to me,” he said. “I heard that the year a child is born is a lucky year, and I’m so happy that it was true.” Furukawa’s son was born earlier in 2021.

Archers tend to be most successful at their first or second Olympics. This was Furukawa’s fifth Games – his first came in 2004, in Athens. In 2012, he took individual silver in London. Aged 36, he was one of the oldest archers on the field in Tokyo, finishing the Games with both team and individual bronze medals. His finals matches were gutsy and aggressive. He only lost to the eventual champion, Mete Gazoz, and he showed an impressive fifth gear in his last match against Tang Chih-Chun.

Only three other men have collected more than one medal in the individual event: Darrell Pace, Giancarlo Ferrari, and Hiroshi Yamamoto. Furukawa is also the first Japanese archer to collect multiple medals at a single Olympic Games – and he is only the second Japanese archer ever (after Yamamoto) to gain multiple medals of any kind.

Furukawa was characteristically quiet and humble about his achievement afterwards. But it was just a little more remarkable than it might have looked.

Who are they? First-time Olympian from Chad.

Where did they finish? Thirty-third place in the women's individual event.

Why are they on this list? An San, the number one seed, looked relieved after surviving her first two matches. The first, against Marlyse Hortou of Chad, got everyone wondering – just a little. One of just three athletes from her country at the Olympics, and an archer who had received a universality invitation, Hourtou may have qualified last, but the training she had received as a resident at the World Archery Excellence Centre hadn’t gone to waste. Marlyse opened her match with a set of 28 points and took the first set, as what clearly looked like fear spread across An’s face.

The match eventually went the way it was expected, although Hortou’s subsequent sets of 23, 26 and 22 were better than many that had gone in over the past few days, and belied her qualification spot. Hourtou shot with poise and composure above her world ranking, and the two set points were more than several much more experienced archers took off An that week.

If Hourtou could have qualified a little higher, you get the feeling she could have taken a match or two. Afterwards, she paid tribute to her coaches and stated clearly: “From today, I am preparing for the Paris Olympics. Today, until 2024. I’m ready for it, I’m preparing right now.”

Who are they? Three-time Olympian from the Russian Olympic Committee.

Why are they on this list? Another veteran, Perova has been an archer for 20 years. Making the last 16 is a mark of quality in itself, but it took an archer of the calibre of world number one Deepika Kumari to push her out of the draw, and then only in a shoot-off, after a relentless performance that clearly rattled the Indian superstar. This match came just one round after the archer from the ROC had tipped out former world champion Maja Jager in five sets.

While her scoring isn’t the most consistent, Perova’s remarkable consistency of attitude on the line has proved an extraordinarily effective weapon against the women’s archery peloton for years. It brought her the title of World Archery Champion in 2017, after taking a team Olympic silver medal in Rio in 2016. Perova led the ROC team from the front on Sunday as they returned to the biggest stage and battled their way past everyone who wasn’t dressed in white.

The Russian archery team often takes part in extensive camps abroad and Perova revealed to the press afterwards that she hadn’t seen her family since the beginning of March, before praising Kumari for the hard work she had put in. Many archers displayed some great attitudes off the line in front of the press, but none were quite as charitable about their opponent as Perova.

Who are they? First-time Olympian from Germany.

Where did they finish? Fifth place in the men’s individual event.

Why are they on this list? The giant killer’s giant-killer. While Florian had been quietly amassing top 10 placings all year, it was true that probably no one expected him to beat man-of-the-moment Kim Je Deok in their second-round clash in Tokyo. But that’s exactly what happened. It was a classic moment of keeping absolutely calm and exploiting a minor wobble by the Korean.

“I saw his first match, and he had also some eights, and I thought, ‘okay, when he shoots eight, I have [to] shoot all in the gold [on the target] and take sets’,” Unruh said. “The only thing I can control is my own shots. If I have an opportunity and then shoot a bad shot, and give this opportunity away, it’s my mistake. So, if he gives me opportunities, I have to take them, and I did today.”

Knocking out Kim in Tokyo put Unruh into the last 16 and up against Crispin Duenas, who he dispatched handily to set up a quarterfinal against Mauro Nespoli. He lost to Nespoli, 6-4, although both archers scored exactly the same number of points in total. Unruh, quiet and level and reserved, is not one for fist-pumping demonstrations, but his performances in Tokyo probably deserve one.

Who are they? Two-time Olympian from the United States.

Where did they finish? Fourth place in the women’s individual event.

Why are they on this list? After an up-and-down few years for Brown, who broke into archery’s big time with some amazing performances leading up to Rio 2016, this year saw Mackenzie back in form and driving the USA women’s team towards a full quota last month in Paris. She qualified in an impressive fifth place in Tokyo.

It was her run in the individual competition that stood out – beating Lin Chia-En of Chinese Taipei in the third round, then edging out Alejandra Valencia in the narrowest of shoot-offs. Those performances placed Brown in the final four, up against number one seed An San. In that five-set semifinal, Brown didn’t put an arrow outside the gold – at all. She forced the eventual champion to a tiebreak, coming up just short, and started the bronze match powerfully against Lucilla Boari before falling to the Italian as well.

Had the women’s final between An San and Elena Osipova not also been a classic, we’d likely be talking about Brown’s semi as the final-that-wasn’t.

It was, without a doubt, the most sustained display of high-level shooting witnessed all week – that wasn’t rewarded with a medal. Never has fourth-place deserved a spot on the podium more. And it’s a remarkable comeback considering that, just a few weeks ago, she wasn’t even heading to the Games.

The USA archery team left Tokyo without an archery medal at the Olympics for the first time since 2008. But no one on the squad pushed harder against the door than Mackenzie Brown. 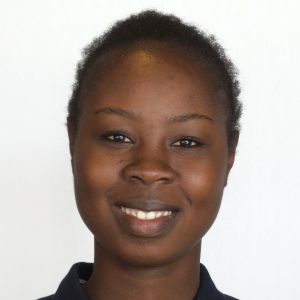