The third stage of the 2022 Hyundai Archery World Cup has arrived, with Paris hosting the next stop on the global circuit from Monday.

With the Olympic Games in two years taking place in the same city, but different venue, and a whopping 360 athletes from 51 countries registered, it almost feels Olympic.

In amongst those 360 on the list for Paris are three current world number ones: newbie Miguel Alvarino Garcia (recurve men), An San (recurve women) and Mike Schloesser (compound men). Jyothi Surekha Vennam (world rank: 3) is the top compound woman.

Schloesser is in Paris having already qualified through to the 2022 Hyundai Archery World Cup Final in Mexico, later this year after winning both stages. He is joined in the French capital by fellow finalists Ella Gibson, Kim Woojin, Choi Misun and Kim Yunhee.

Aside from those already confirmed, many others will be hoping to join them in Tlaxcala in October for a share of the circuit’s biggest-ever prize fund.

We run the rule over five of them who we’re excited to watch next week in Paris.

Agree? Disagree? Let us know on our social channels and follow our coverage of the third stage of the 2022 Hyundai Archery World Cup on World Archery’s digital platforms throughout the week.

Who are they? Recurve woman from India.

What’s the story? In a city of grand boulevards, it’s a grand return to the circuit for Deepika.

It is safe to say that the India team selection process in March, from a recurve point of view at least, did not quite work out as planned.

They all missed the cut and were eliminated from the selection. “We are completely heartbroken,” said Kumari to PTI after the event.

But in the city of love, those hearts will be fixed as someone, somewhere in India was brave enough to reassess the performances of their team in both stages of the circuit this season and make some decisions. Kumari and Vennam are back on the squad in Paris.

What’s the goal? Remind everyone why she’s a superstar by defending her Paris stage title.

Who are they? Compound woman from Estonia.

What’s the story? Gradually moving up the world rankings, Lisell has secured four medals over the first two stages of the circuit this year and made two of two individual final fours, resulting in her first-ever Hyundai Archery World Cup medal, a bronze, in Antalya.

Although she’s not qualified for this year’s Hyundai Archery World Cup Final yet, having not won a stage, she does sit top of the rankings on 35 points.

“She wants to win so badly you can tell,” said compound legend Sara Lopez about her Estonian competitor. (Lopez is sitting out from the Paris stage this year.) “Her scores are really strong, she’s really strong and number one [in the circuit ranking] right now.”

Who are they? Compound woman from El Salvador.

What’s the story? Last December, Paiz said that “there was no time to waste” as she prepared to enter the new season with her coach, El Salvadorian Pan Am Games Champion Roberto Hernandez. Both Paiz and Hernandez will shoot in Paris and then travel to the Bolivarian Games as part of a three-week competition tour, ending with the World Games in July.

Paiz shot recurve earlier in her career but switched to compound and has built up an impressive mixed team pairing with Hernandez, only stopped recently in their continental clashes by the world champion Colombian of Sara Lopez and Daniel Munoz.

Ranking as high as 35th in the world earlier this year, Paris will be Paiz’s season debut and just her second-ever appearance at a stage of the Hyundai Archery World Cup stage. Her first came in April 2021 in Guatemala where she finished ninth.

What’s the goal? Fine-tune ahead of a run of significant events.

Who are they? Compound man from France.

What’s the story? The current world number five was ranked third at the end of April and has been in fine shooting form on the circuit so far. An individual bronze in Antalya, plus two compound men’s team silvers is evidence of that, plus his season average arrow of 9.80 – a career-best.

However, a disappointing 17th individual placement at the 2022 European Championships earlier this month, when he was also well out of contention for medals in both the team and mixed team events, could highlight a little wobble. But a stage of the Hyundai Archery World Cup at home is a chance to settle – as he looks to secure a win in his 13th capped circuit event.

What’s the goal? His first-ever Hyundai Archery World Cup stage win (and for Boulch’s France to defeat India in the compound men’s team event after losing both finals so far this year to Indian squads).

Who are they? Recurve man from Chinese Taipei.

What’s the story? The world number 17 is currently ninth in the 2022 Hyundai Archery World Cup Ranking, on the same amount of points as Olympic Champion Mete Gazoz (16).

Chih-Chun has already taken a recurve men’s team gold with Chinese Taipei – in Antalya – but back-to-back individual 17ths show there’s work to do on his solitary performances. His average arrow this year is the best of his career (9.36), but his qualifying average is well down – 674, currently, compared to 688 back in 2019. Perhaps he’s just not setting himself up for a run in the brackets?

Another fact for you. Chinese Taipei broadcasts more hours of archery on television per year than any other country in the world. The team needs an archer at the Hyundai Archery World Cup Final and Chih-Chun is the best bet. 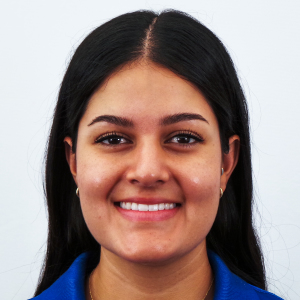