Milena Olszewska is the most successful para archer to originate from Poland. Wherever she competes, she is listed as one of the top contenders. It’s brilliant for someone that only 15 years ago had no clue that archery was a sport.

Today, the 38-year-old is listed as the world number two in the recurve women’s para rankings. She achieved back-to-back bronze medals at the Paralympics in London and Rio de Janeiro. Olszewska took bronze again earlier this year at the Dubai 2022 World Archery Para Championships, proving her continued consistency and strong standing in para archery.

The Polish archer competes from a stool. Her right leg was amputated when she was a teenager.

“It happened when I was 15 years old. My right leg was 30cm shorter than my left. It did not make sense to walk with such a short leg so it was amputated,” she explains.

“To be honest, there were more cons than pros with that leg. Just like each busy child, I ran a lot and it was often broken. Other kids stayed outside during holidays and I was stuck at home in a cast. At some point, it got cumbersome.”

“My parents made the decision, I agreed and then it was easier. After the amputation, I was just once in a hospital, I guess.”

Olszewska continued, using a prosthesis, to live the energetic life of a child, growing up in the small town of Czarnkow with a population of only around 10,000 people.

“Maybe I did not climb trees but I played with other girls. I did what my peers did. We had such a crew that even when I could not do something, they changed the rules so I was able to participate. In some way, they adjusted the games to my abilities,” she says.

The ability to adjust and adapt is something that helped when she picked up a bow.

“It taught me that sometimes you just need to look at something from a different perspective and it becomes possible,” she explains.

Sport was present in Milena’s life – but it was an area that needed a different perspective. Olszewska used to be just a spectator.

“I never practised any sport. I was just a fan. I watched a lot with my parents, always followed the Olympics and was very excited when Polish athletes competed. But I never dreamed I could be a sportswoman,” she says.

The turning points? She studied teaching and that is when she discovered archery. Not long ago before graduation, she received a proposition. A life-changing one.

“I did not search for any sport. I did not even know archery was a sport. The Bukanskis encouraged me to try and it worked out. I liked archery. Maybe it was about that precision, repetition which you had to learn,” she says. 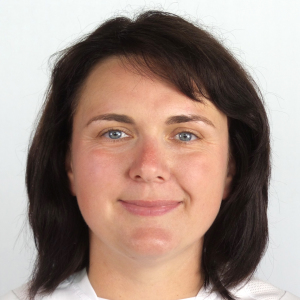