Istvan Kakas became World Games Champion in 2017 in Wroclaw. This year, he missed out on the competition in Birmingham and instead focused on the World Archery Field Championships in Yankton. He felt like a kid in a candy store.

With so many events cancelled or postponed during the COVID-19 pandemic, it had been a while since Kakas had competed internationally.

“Those were three hard years for all field archers to come back to the field. We didn’t have many competitions,” he said. “I could mostly practice. There were a couple of games on the World Archery website. I could shoot at home, in my room, nowhere else.”

When the reality of pandemic lockdowns came into being and people had to stay at their houses, Kakas was fortunate to live in a place with space.

“I’m lucky because I live in a house with a garden, so I’m able to shoot at home. That’s all I did. I think the others were in a similar situation. We tried to compete with each other online,” he said.

Kakas took part in some of the Indoor Archery World Series Online events, placing sixth and seventh in two of them.

When archery competitions resumed, Kakas’ goal was to secure a spot at the postponed World Games in Birmingham – where he was to defend his title. But he failed to qualify.

“My team member was better than me, so he went there,” he explained. Jozsef Molnar made the fourth round of the qualifying tournament in Croatia, while Kakas lost his first match.

“We didn't have any other possibility to compete with each other. They had to send names to the federation really early,” Istvan explained.

Without the chance to defend that important title, Kakas travelled motivated to Yankton. He wanted that missing podium.

“I have a European Archery Championships medal, a World Games medal, but I don’t have a world archery championships medal,” he said. Kakas eventually finished seventh. “I lost again and have to wait for another two years.”

“It was a really high-level competition.”

Istvan’s trophy cabinet might still be incomplete – but he fills the missing space with medals, coins and cash of other origins.

“I collect Hungarian banknotes,” he explained. “But I don’t have time to follow that hobby.”

“Archery, family and work! Numismatics are in the cloakroom,” he added.

With the pandemic in the rearview mirror and field archery firmly back on the calendar, Istvan Kakas will have plenty more opportunities to add to his collections over the next few seasons. 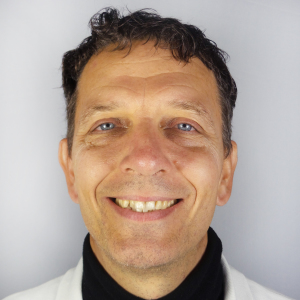