The Dutch 27-year-old retired from elite archery after his second Olympic Games in Tokyo in 2021. He reached a high of number two in the world rankings, shortly before finishing fourth at Rio 2016, and accrued 12 career podiums on the international circuit – including two medals at the Hyundai Archery World Cup Final, finishing runner-up in 2016 and third in 2019.

Hunt is stepping away having recently joined the British performance programme as a coach. She had acted as the lead analyst since the start of 2021.

Van den Berg’s voice will be heard on international broadcasts that use the English-language world feed signal produced by World Archery, which is due to launch its own streaming platform called archery+ in early 2023. 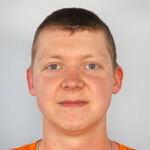