Korea’s Choi Misun was one of the first three athletes to be confirmed after making the top two at each of the first two stages of the season.

Olympic Champion Ki Bo Bae joined her teammate, with an invitation, when she was mathematically secure later in the season – but she was practically safe at the same time, with two medals from the same two events.

Kaori Kawanaka and Ana Maria Rendon collected enough points in Medellin to secure spaces, while Mackenzie Brown – who won Antalya – did the same when she made the top 32 in Colombia. Deepika Kumari didn’t shoot that fourth stage and needed to wait it out until there was no one left in the competition able to overtake her in the World Cup rankings.

Le Chien-Ying took the last remaining invitation in a dramatic comeback victory in the Medellin bronze final. She needed to take the match to nip into the bottom of the top seven.

A revelation in her debut year, Choi Misun catapulted herself from barely known – just a Korean reserve appearance at the Asian Championships in 2013 to her name – to world number one in the space of five months. She took the top spot in the rankings from teammate, and opponent in Mexico City, Ki Bo Bae at the end of September.

She had gold and silver at the two Archery World Cup stages she competed at in 2015, as well as individual bronze at the worlds and a win at the Aquece Rio Olympic test event.

Top seeded for the Archery World Cup Final, a title would make for a fine finish to a fine first year on the world circuit.

Reigning Olympic Champion, World Champion and a previous winner of the Archery World Cup Final – back in Tokyo in 2012 – Ki Bo Bae is undoubtedly one of the most successful archers in recent memory.

If she won in Mexico City, it would be the big storyline – as she’d be the first to complete the triple crown!

Kaori was the best of a group of athletes that landed high, but not podium-high, time after time. She had fifth in Shanghai and seventh in Medellin in 2015, that last result securing her invitation. A third seeding in Mexico City proves that slow and steady might just win the race…

The first Colombian archer to make an Archery World Cup Final, Ana Maria did it with consistent finishes at each of the four stages in 2015. She made the last 16 twice – and twice advanced to the quarterfinals, though never made it further.

She did not shoot at the Olympic test event, which came immediately after Medellin 2015, to rest a slightly-injured shoulder, rumour has it, in preparation for the Archery World Cup Final.

About three hours after Mackenzie helped the USA women win their first team gold medal in the Archery World Cup circuit’s history she won her own first gold medal in the individual event, in Wroclaw, too. Brown took the match with an excellent 10 in a tiebreaker.

“The last shot was my most relaxed shot of the day. I went up, I settled, put the pin where I wanted and just let it go,” said Mackenzie after walking from the arena in Poland.

From 2011-2013, Deepika appeared in three Archery World Cup Finals and collected three silver medals. After a hiatus – and down year – in 2014, the Commonwealth Games winner of 2010 is back. Her biggest and best finish of the season was a bronze medal in Antalya.

At the fourth and last stage of the year, Le Chien-Ying found herself in a bronze medal match against Chinese Taipei teammate Tan Ya-Ting. Neither knew it at the time, but if Le won she’d win a spot for Mexico City while, if Ya-Ting took the podium, it would go to the USA’s Khatuna Lorig.

No team orders, though, as the squad’s managers said they’d let the athletes decide Le’s – and the team’s – fate on the finals field.

Ya-Ting took an early lead and the match looked all but over, 4-0 in her favour, but Chien-Ying won the back three sets, the last with a 10, to complete a dramatic comeback and take Medellin bronze.

“I had no idea about Mexico City before the match, but now I’m really excited,” said Le. Hopefully it’s had time to settle in, now.

The top-ranked Mexican recurve woman over the Archery World Cup circuit in 2015, in 14th and five above defending World Cup winner Aida Roman, Alejandra was chosen to represent the host nation in Mexico City.

Valencia previously won individual medals at World Cup stages from 2011 to 2013 and had a season-high finish of fifth in 2015.

If Ki Bo Bae wins the Archery World Cup in 2015 she will have completed the triple crown of archery: Olympic Champion, World Champion and World Cup Champion. It’s never been done before.

She and Korean teammate Oh Jin Hyek have both had the Archery World Cup Final title since they won the Games at London 2012, but neither had taken individual gold at the worlds until Bo Bae managed the feat in Copenhagen in 2015.

There’s no bigger storyline than the opportunity to make history.

Before missing out on the 2014 Archery World Cup Final, Deepika Kumari had been to three in a row – and she’d won silver at each.

Sure, she’ll likely have to take out reigning Olympic and World Archery Champion Ki Bo Bae on the way to the final in Mexico City if she is to come away with another top podium, but who’s betting against the most followed archer on Facebook?

Choi and Kumari have not met in international competition to date. 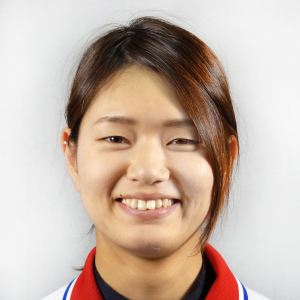