Indian rising star Komalika Bari beat Elia Canales of Spain, 7-3, to secure the under-21 world title in Wroclaw, just two years after winning the under-18 crown in Madrid.

“It’s a great, great happiness for me. I’m feeling very happy that I achieved this medal. Cadet champion and now a junior champion,” said Komalika.

Winning the titles back to back matches the record of another talented archer from India. Deepika Kumari did the very same thing exactly 10 years ago – and took the second of the two crowns at a field only one hour’s drive away from this week’s competition venue, in the Polish city of Legnica.

Komalika, now 19, needed some time to get into her finals match against Canales.

As her confidence began to grow, so did her scores.

While Elia seemed to have a wayward arrow in each set, Bari looked on point, closing with three consecutive sets of 29. The first levelled the match, the second saw her pull ahead, and the third secured victory.

She was a world youth champion… again.

“I started and shot one set, then told myself, ‘now I have to shoot well’. I focused on my process and did my best,” said Komalika afterwards.

There’s no doubt that Bari has talent.

Having already qualified to shoot on the team at this September’s senior world championships – and now matching Deepika’s impressive youth record – parallels will, undoubtedly, be drawn.

“I’m on the process to be the star, but I think there are more archers who can get motivation from this. More archers that can become cadet champions, junior champions,” she said. “India would be top!”

The silver medal is Canales’ second important runner-up finish – after the Youth Olympics in 2018.

German Olympian Charline Schwarz was impressive in the bronze medal match, landing nine of her 12 arrows in the yellow to take a four-set win over Casey Kaufhold, the US 17-year-old who also recently competed at the Olympics in Tokyo.

As soon as the under-21 recurve women’s podium was decided, the men took to the finals arena to contest the last medal matches of these championships.

“This is the first time I advance to the final and I’m very happy I won,” said Tetsuya.

Opening with a set of 29 points and following with a 27, against Cheremiskin’s pair of 24s, Aoshima easily took the first two sets.

He had an early opportunity to secure the title – but the nerves hit and he landed a seven with his third arrow of the third set. It only extended the match one more series.

Tetsuya retained control and wouldn’t be denied a second time. He shot a nine to claim his first world title, 6-2, in Wroclaw.

“In the third set, I was very nervous. I thought I was going to win so I missed the shot,” he explained.

The Spaniards won the first set but couldn’t keep pace afterwards. India took advantage of a wayward six from Manuel in the fourth to close it out.

Bari and Salunkhe lost the first set to Elia Canales and Yun Sanchez, but slowly started to build their confidence, taking one point in the second and then winning the last two to celebrate yet another big win for India on an important day for the nation.

The women’s team final between Japan and Russia went to a tiebreaker after the teams finished tied after regulation.

A lone nine was the difference for Juri Shibuya, Waka Sonoda and Mao Watanabe, with all the other five arrows on both targets scoring eights, as they took the world crown for Japan.

The recurve finals brought competition to a close at these championships. 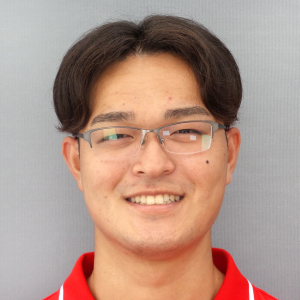