Germany up next to host world championships

As the curtains closed on the 2021 Hyundai World Archery Championships in Yankton, the next city to host archery’s biggest international had already begun its preparations.

The USA passed the proverbial torch to Germany on 26 September following the conclusion of the recurve men’s gold medal match.

A friendly exhibition between the two nations took place to symbolise the transition from Yankton to Berlin, which was awarded the 2023 edition of the event by the executive board of World Archery in 2019.

The mixed team match took on additional meaning when recurve and compound archers joined forces to face one another in the arena in Riverside Park.

Shooting at targets stationed in front of a miniature rendering of the Mount Rushmore monument, the final score was trivial compared to the symbolic nature of the match.

“I think it will be very cool to have a big crowd behind us – especially for an Olympic-qualifying tournament,” said Kroppen, who helped her country to women’s team bronze at the Tokyo 2020 Olympic Games.

“On one side, it’s a little bit tricky to have all the focus on the Germans. But I think we learned a lot about focusing in the last year, so I think it will be very nice to shoot in Berlin.”

The added attention only seemed to help the host nation in Yankton, as USA archers delivered a number of impressive performances on home soil.

Kaufhold guaranteed her country its first recurve women’s medal at the world championships in 33 years when she upset three-time Olympic Champion An San in the semifinals of the recurve women’s event.

The 17-year-old finished with individual silver, then competed in the Yankton 2021 Hyundai Archery World Cup Final on the same finals stage the following week.

Kaufhold was one of three USA archers given invitations to the event as the host country.

Another member of that trio, Jack Williams, capitalised on the opportunity to defeat fellow USA archer Brady Ellison in a single-arrow shoot-off in the recurve men’s gold medal match.

The arrow made Williams the first archer appearing at the season-ending event as a host representative to take gold.

“Being able to have the whole crowd here supporting and the whole guest side of the bleachers cheering for home field for both of us and riding all of that energy,” Williams said. “It honestly kind of feels good.”

The winner of the recurve women’s gold medal match, Lisa Unruh, has represented Germany well during her career, winning individual silver at the Rio 2016 Olympic Games, and will want to continue enriching her country’s relationship with her sport in the years to come.

Berlin, which held the world championships in 1979, became a host on the international circuit in 2017.

Hosting the world championships presents an opportunity for the sport to continue growing in Germany – and for the archery community to learn more about Germany.

“Every time there's a world championships, there’s something special that happens with the country,” said Kroppen, who has competed at the biennial event in Mexico City in 2017, ’s-Hertogenbosch in 2019 and now Yankton this year.

“In Mexico City, there was a big festival with masks and so many flowers, and in the Netherlands, there were shoes and cheese. There’s always something typical for the country, and I think we want to show the world just how beautiful Germany can be.”

The 52nd World Archery Championships are scheduled to take place in the summer of 2023. 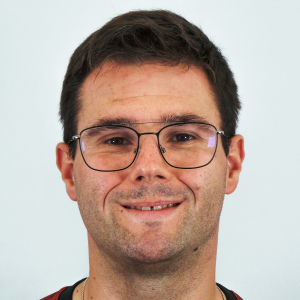