With just over two years to go until a home Olympic Games, the French archery federation has made a splash coaching hire.

Oh Seon Tek, who was in charge of the Korean squad for the 2018 Asian Games and went to multiple Olympics including 2000 and 2012, will be responsible for preparing France’s archers for Paris 2024.

“There are four important elements to good results,” said Seon Tek in an introductory interview with the French federation website, continuing: “Technique, physical, mental and competition management. I’m not going to work on one part but all four to get the best out of each archer and raise their level of performance.”

He revealed that he received coaching offers from around the world but, having already built relationships in France and with a home Olympics on the calendar, felt that INSEP, the high-performance centre in Paris, was the right fit.

“There is a good archery structure in France and we are going to work not only for the Olympic Games but also to reduce the gap that exists between Europe and Asia,” he said.

France’s last Olympic Champion was crowned exactly 30 years ago when Seb Flute won at Barcelona 1992. Flute is now sports manager for the organising committee of Paris 2024.

Jean-Charles Valladont is France’s most recent Olympic medallist, having finished second at Rio 2016.

He’s got just over two years to prepare his new team to break the current run of Olympic dominance from his home country. 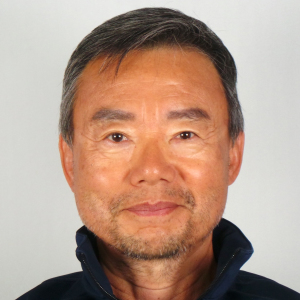