Archery will play a key role in the opening ceremony of the World Games in Birmingham, USA tonight.

Team coach for the New Zealand compound team Cushla Matheson has been selected by José Perurena, President of the International World Games Association, to read the World Games oath on behalf of all coaches, athletes and officials.

This year marks the 11th edition of the multisport event which features barebow and recurve field archery, and compound target archery competitions. In total, 3600 athletes from 106 countries will participate in 34 sports from 7 to 17 July.

In addition to her role with New Zealand, Matheson is also World Archery’s development agent in Oceania and will read the oath in front of an expected 46,000 crowd at the new Protective Life stadium, which will host the closing ceremony, too.

“Maybe just a little bit,” smiled Matheson when asked if she was nervous about her role tonight.

“It’s an honour to be here, to wear the fern, to represent Aotearoa New Zealand on such an amazing stage, to be here with our fantastic team, knowing that we have such great support from athletes and friends at home.”

“The Alabama welcome has been great, the facilities are immaculate, and the staff friendly and helpful,” she added.

“We can’t wait to be on the range shooting arrows but will certainly take time out to fully soak up the atmosphere of the opening ceremony before we get down to business.”

The opening ceremony entitled ‘Unlocking The Magic: Celebrating Birmingham’s Past, Present and Future’ will be a ‘...colourful and entertaining celebration of sport’ featuring live entertainment, special effects, honourable dignitaries and a parade of athletes representing more than 100 countries.

Funk legend and rock and roll hall of famer Bootsy Collins will serve as master of ceremonies and guide the audience through a musical and theatrical presentation celebrating the rich musical and cultural history of Birmingham, which will include a performance from global rap superstar Nelly.

In addition to her starring role this evening, Matheson is featuring in the ‘HERstory’ campaign which will be present throughout the Games.

The campaign highlights the success of female athletes and their road to Birmingham with Matheson, alongside New Zealand compounders Elizabeth Randle and Lisa Walker featured on video boards at the archery venue, Avondale Park, to present themselves and the sport to the world. 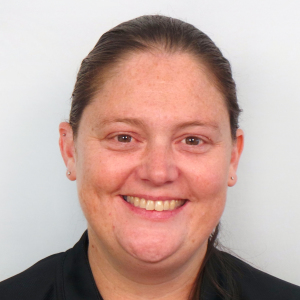