At that event, the 23-year-old was the third man in the line-up with Jack Williams and Brady Ellison. Over the last 12 months, he’s progressed as an archer significantly. And this year in Yankton, it was his turn to take centre stage after defeating teammate Ellison in an exciting semifinal.

“It was wonderful. A lot of hard work paid off,” he said.

Beating Brady in the semifinals – looking from the outside at least – is a huge accomplishment.

“I was not focused on Brady or where would I finish. Just on shooting the best I could and it took me a long way,” he explained. Nofel was faster on the first peg in their match, taking a three-point lead after the first target that would ultimately result in a six-point win, 65-59.

“It was a good match,” Matt added.

In the end, the pair would walk into the arena side-by-side in the final, as two-time World Archery Field Champion Ellison acted as Nofel’s coach. It was, in a way, an attempt at revenge by proxy on Unruh, whom Brady also lost to in the final of the World Games earlier this year.

“It was awesome. He has been very supportive to me and I tried to learn anything I could from one of the best archers ever,” said Nofel about Brady, a decade his elder, accompanying him in the final.

Even Unruh appreciated the gesture.

“Brady is a nice coach, was a nice coach for him. The things that he said were really nice so I took them a little bit for my own and also shot good,” the German archer said, smiling.

Nofel and Unruh were tied after two targets in the final. Over the back half of the match, the latter pulled away.

Unruh ultimately won his second international field title of 2022 (after the World Games), 57-54.

“It was definitely a confidence boost that he supported me,” he said. “But he is my teammate, not a coach.”

And as peers, there’s much more to come.

“I think we can go a long way as teammates,” said Matt. 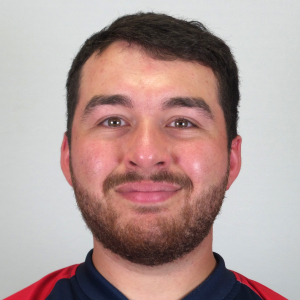