The French Archery Federation has appointed two-time Olympian Romain Girouille as the new coach of its recurve men’s team, replacing Nicolas Rifaut who retired from the position at the end of July.

The 34-year-old will work under head coach Oh Seon Tek and alongside Jean-Manuel Tizzoni, who heads the women’s squad, to prepare archers for an historic home Olympics at Paris 2024.

“I know pretty well the environment,” said Girouille. “The Games will come quickly, they will be special games with a special context because we will be at home.”

Romain’s international career spanned a decade, starting in 2004 at the World Archery Youth Championships in Great Britain and lasting until 2015. He has remained active on the mass-participation Indoor Archery World Series ever since, switching to compound in 2018.

Girouille collected numerous podiums during his time as an international.

Romain also competed at the Olympic Games in Beijing 2008 and London 2012.

“On a personal level, I’m content. Professionally, it’s a change in my mission to focus on training,” he said. “Ahead of Paris 2024, the demands are going to increase, and we will have to prepare our athletes as well as possible.”

Girouille was previously technical advisor for Normandy’s regional archery association. In 2021, he was elected co-president of the French Olympic Committee’s athletes commission alongside fencer Astrid Guyart. He is also a member of the Paris 2024 athletes commission and was previously president of the French Anti-Doping Agency’s athlete committee.

The French federation will be hoping Romain’s extensive record on the shooting line transfers to similar performances from the coaching box. 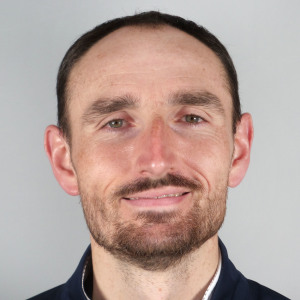