This content is archived and as has not been processed. It may contain unformatted text or images, broken links or out-of-date information. 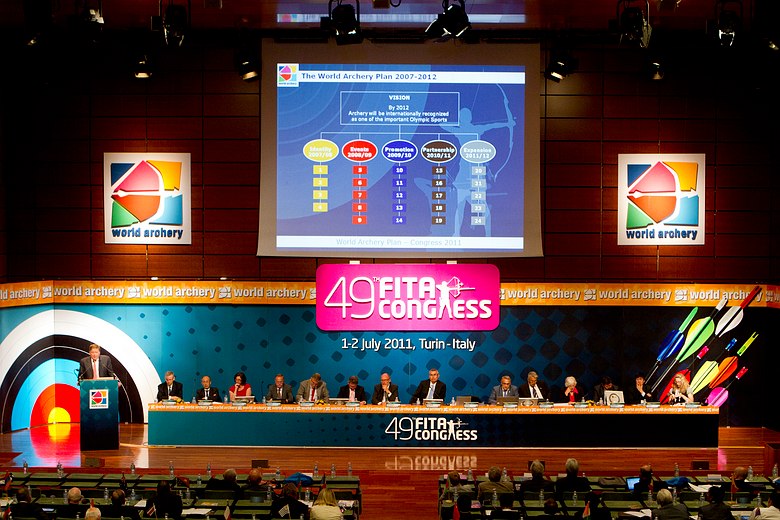 Celebrating the 80th anniversary of FITA, the delegates took some key decisions looking at the future of the organisation. In a trend of becoming a modern, internationally recognized and important Olympic sport, the Congress voted at a very large majority (88%) to change the oganisation name: from FITA to World Archery Federation (WA). This decision allows the sport to align itself with the dynamic World Archery brand that has been launched two years ago and to have a name that will be easily understood worldwide.   The World Archery Federation President Prof Dr Ugur ERDENER said, “I am delighted by the Congress decision and the large support this proposal has received. Let me first reassure you that we are not denying our history. We have a wonderful heritage on which we are building our future. Archery is of course one of the most ancient sports and has played a key role in human society. As a federation we have had a strong development in our 140 member federations. We have had intense competitions and superb events. I would like to sincerely thank all the people who have helped us arriving so far and we just want to make sure that gives our people and our sport the best platform, the best look and the best chance to be known worldwide. We want to be recorgnized as dynamic, attractive and important Olympic sport!”   The World Archery Plan 2007 – 2012, involving people at all level of the archery community and experts outsiders of the sport, has led to the launch of the World Archery brand in 2009. The brand wants to be intense, dynamic and bringing together all the archery activities in the world. Today’s renaming of FITA to World Archery Federation is a logical step in the continuation of the plan. The plan will now focus in expansion through the development of the Members Federation, for instance in sharing best practices. A World Archery management seminar will be held in November as the continuation of the plan.   Later on during the day, London Olympic and Paralympic Games Competition Manager Chris MARSH gave an update on the archery preparation for the 2012 Games. Along the superbe venue design he presented for Lords Cricket Ground and the Royal Artillery Barracks for Para Archery, he came with great news: in principle the 63’000 archery tickets for the Games are sold out! LOCOG will however monitor in the coming months if more archery tickets become available. 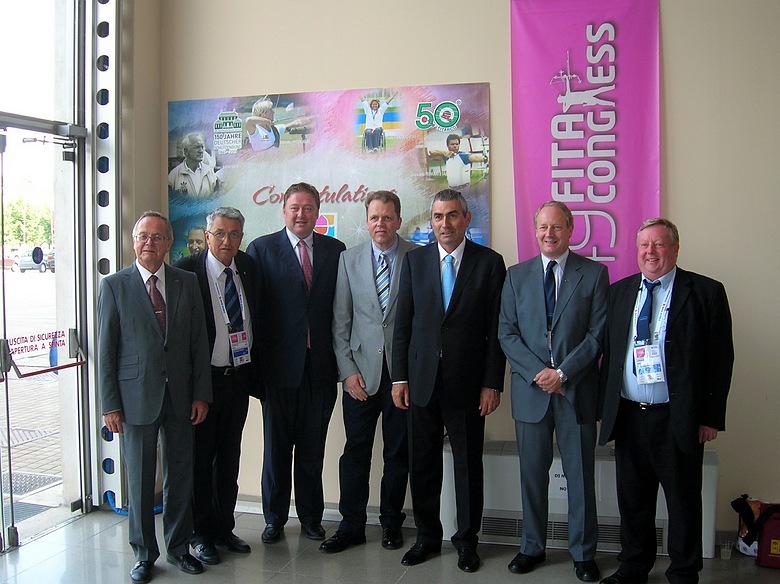 To conclude this historical day, it was fitting to have some celebration : the 150 years of Archery GB, the 150 years of the German Archery Federation, the 50 years of the Italian Archery Federation and the 80 yers of FITA/World Archery. Each association chose two athletes that they wanted to celebrate as the most iconic archers in a celebration poster: Alison WILLIAMSON and Simon TERRY for Great Britain, Cornellia PFOHL and Franz BAUM for Germany, Paola FANTATO and Giancarlo FERRARI for Italy as well as KIM Soo-Nyung (KOR) and Darrell PACE (USA) for FITA/World Archery.   World Archery Secretary General Tom DIELEN concluded, “a recent survey in Great Britain showed that among all the Olympic sports teenagers wanted to try out archery as their no.1 choice. This is ahead of football, athletics, etc. This is in a country where most sports originated. This is also in a country where the Olympic and Paralympic Games will be held next year. I think this simply shows all the efforts FITA and World Archery have been doing, all the efforts the people in this Congress room have been doing and all the rights decisions they have taken. Such survey, such celebration and such a day show that our sport is in a great shape!”   The Congress will resume tomorrow with elections.   Didier MIEVILLE FITA Communication