Guatemalan official Andrea Aguilar headed the judging team at the fourth stage of the 2022 Hyundai Archery World Cup in Medellin, becoming the youngest commission chair in the history of the international circuit.

At 32, she ties the previous record holders on years – but beats them on days. (Aguilar was 32 years, five months and 28 days old at the start of the tournament.)

“I started as a national judge, learning about the sport every day, and little by little I started to like it more,” said Andrea, who was originally employed as an administrative officer by the Guatemalan archery federation. “Until I loved it.”

Aguilar is by far the youngest chief official on the season. The judging teams at the other three stages of the international circuit and the World Archery Para Championships were all led by someone in their 50s or 60s.

World Archery has invested in the development of younger officials over the past decade-plus, including through the international youth judge programme, through which Andrea progressed.

“My highest aspiration has always been to judge at the Olympic Games,” said Andrea. “I hope to accomplish that at Paris 2024.”

The trend of young judge commission chairs will continue this season. The chief officials at the upcoming 3D and then field world championships will be Barry Brophy and Anthony Hillairet, who are 38 and 32, respectively. 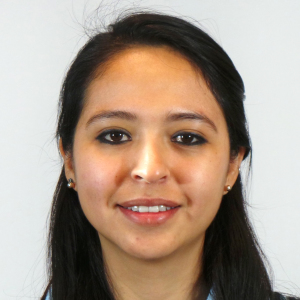