This week, it’s… Andre Shelby, who won individual gold in Paralympic debut - after the team world title claimed in 2015.

Shelby joined the Navy in 1985 just one week after graduating from high school, and retired in 2004 after a motorcycle accident confined him to a wheelchair.

He started archery in 2010 and began competing on the international scene in 2013 with the Arizona Cup.

1. What was your favourite toy as a kid?

It was a kite that came out in the 70's. I cut people grass to come up with the money. It was a combination of a regular kite and part balloon that had to be blown up. It was red and white stripes.

2. If you could choose one superpower, what would it be?

3. What is your biggest strength in archery?

“I think the military experience gives me the extra mental attitude,” Shelby said to Archery 360. “When you’re conducting any type of operation for the Navy – whether it’s fighting a fire on the ship, refueling two ships while they’re moving side by side, driving small boats during operations, or just everyday shipboard life – you have to maintain your focus or someone can be seriously hurt.”

4. Who is your sport model?

5. If you were to design your own bow, what would you call it?

It would be named chocolate thunder because that was our team name at the SoCal Showdown. Sam Boyles came up with the name and we had a very good run in the team competition.

6. How much weight on your stabilisers?

7. Any equipment you change in the wind and/or rain?

I don’t really change anything.

8. What did you enjoy most in Rio?

The venue, shooting archery and winning the gold.

9. Do you have a special dream?

I accomplished it this in Rio – winning gold.

10. Will you use fat or thin arrows for indoors?

I will be shooting Easton X23's (aluminum shafts). 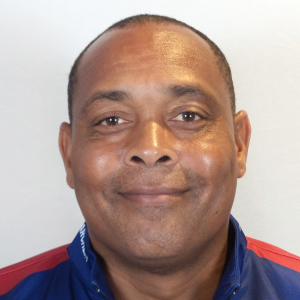